We're volunteers uniting America one conversation at a time.

Our story begins in 2016 with two groups starting independently of one another — on opposite coasts of the United States. Coincidentally, both founders chose the same name “Crossing Party Lines.” Their shared vision led them to create a volunteer platform to unite Americans through warm and engaging conversations.

Lisa Swallow, an author and educator living in Portland, Oregon, was inspired by political conversations with a cousin to design simple process for engaging in respectful conversations about politics of the day.

Kareem Abdelsadek, a management consultant living in New York City, was driven by a sense of civic duty to apply his skills to uniting America through conversations among people from all walks of life.

Prompted by a time of unprecedented political polarization, these two visionaries, their energetic team of volunteers, and over 3,000 CPLs members are uniting America one conversation at a time.

Behind each of our meaningful cross-party-line interactions, there is a team of committed volunteers: 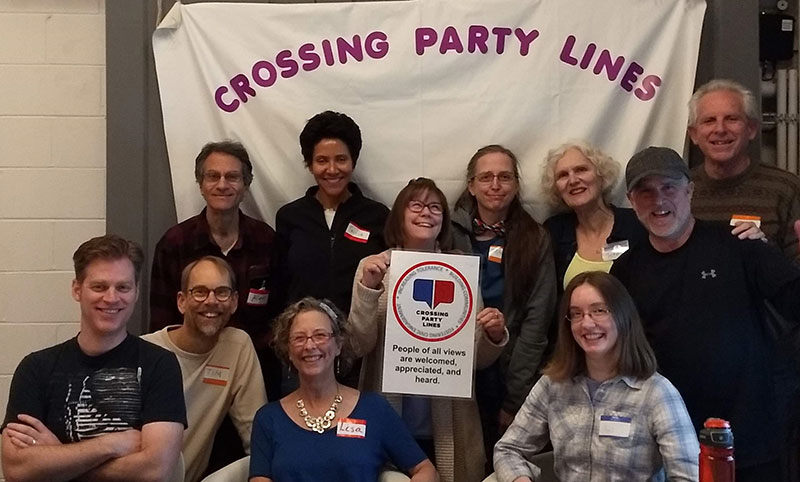 Crossing Party Lines is led by a small group of individuals who are passionate about exploring our unique and shared values as a national community. 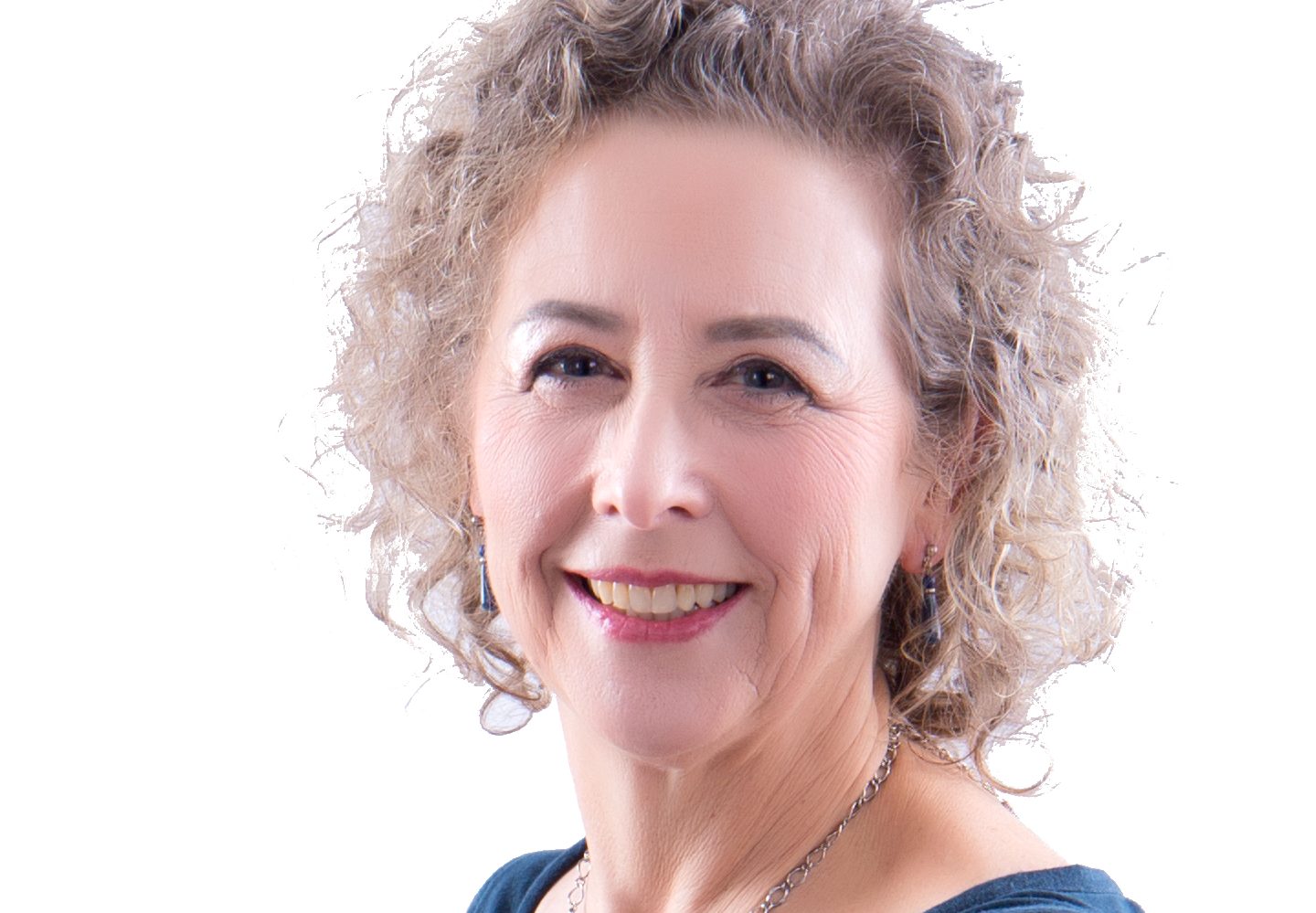 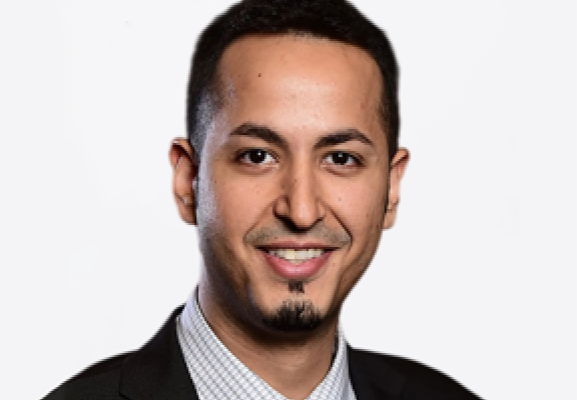 Co-founder, Chairman of the Board

"...open dialogue that allows for disagreements ..." 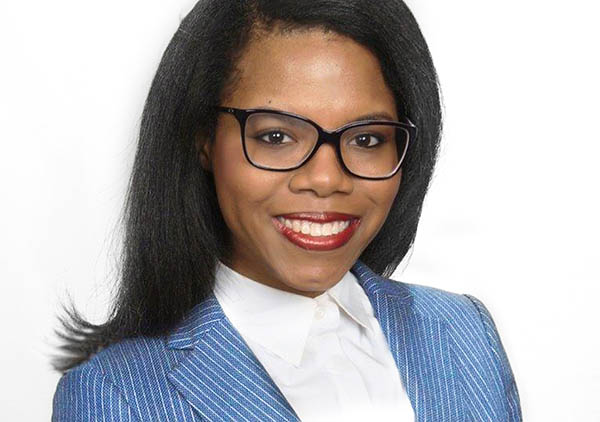 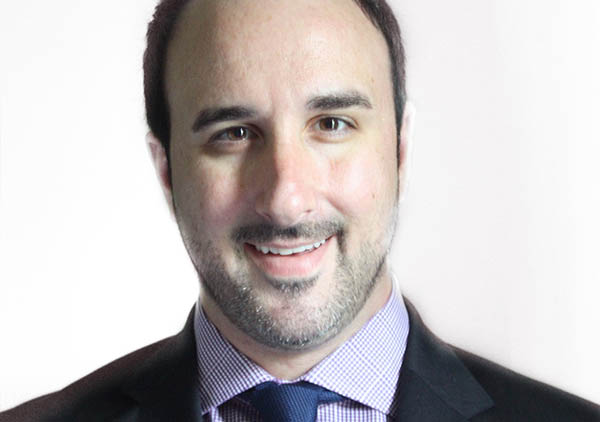 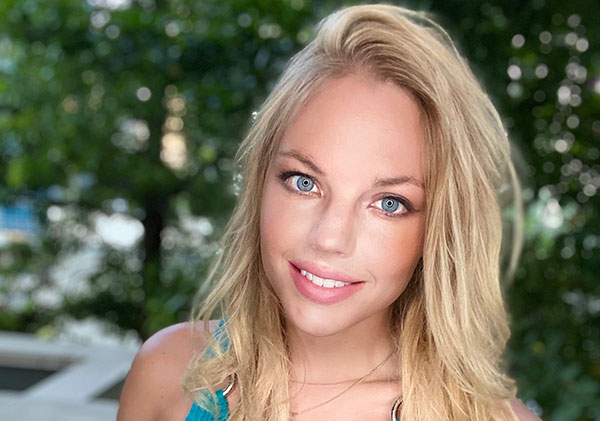 We want to hear from you. Let's Chat. 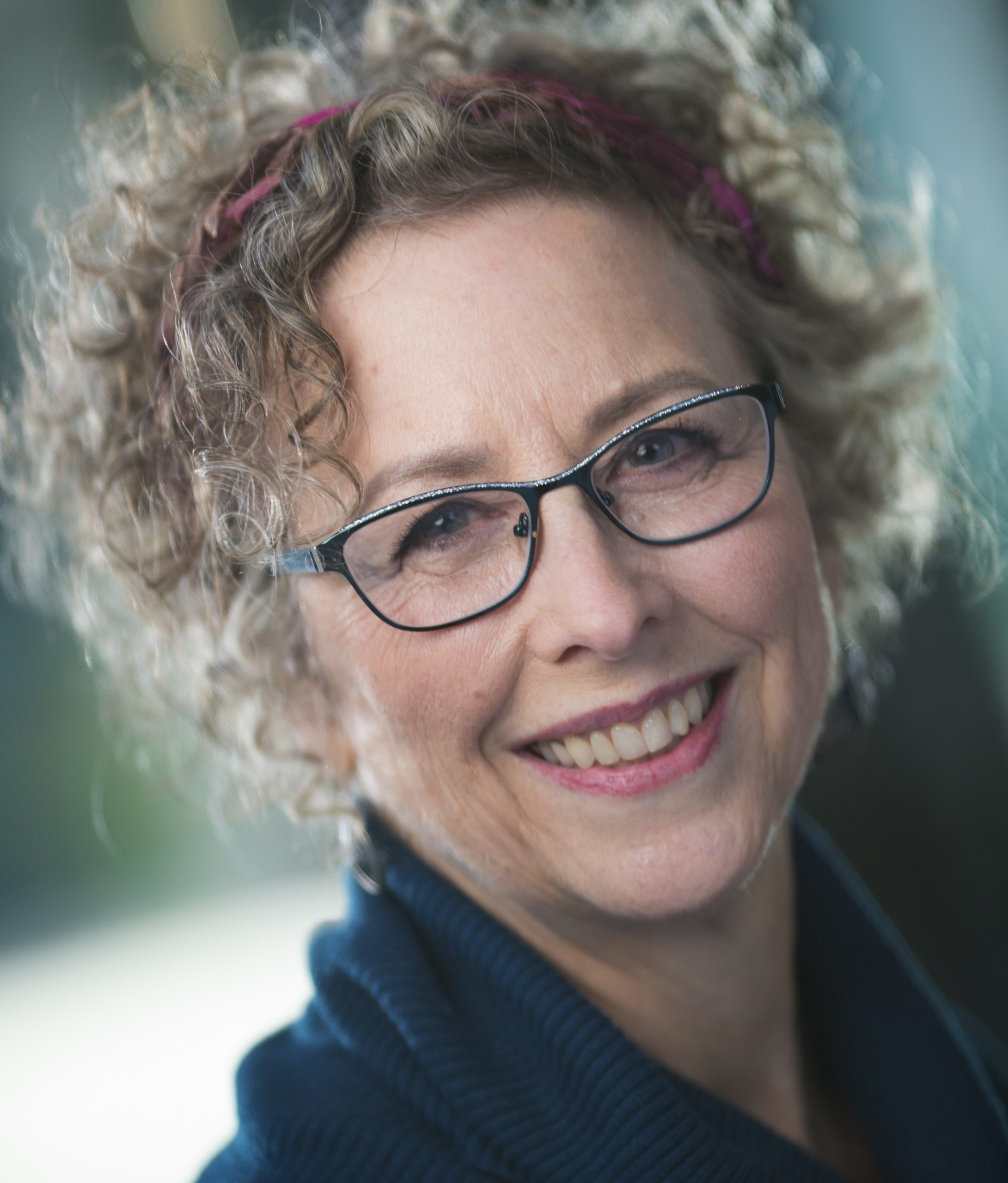 “Being American isn’t about race, religion, or political views. It’s about believing in America and doing our part to make democracy work. It begins with the skills and capacity to talk to one another, explore issues from all angles, and respect every American’s needs.”

Lisa is the Co-founder and Executive Director of Crossing Party Lines. She manages the day-to-day operations of the organization while facilitating conversations and developing and delivering workshops that teach members to share their perspectives in constructive ways, listen with an open and curious mind, and appreciate the insights multiple perspectives provide.

Lisa is a  graduate of UC Santa Cruz and holds a B.A. in Information Science. During her 30+ years as a technical communicator she was known for leadership and innovation and going deep into the subjects she writes about.  She holds a patent for her work in microlithography and is published in professional journals, magazines, and on the web.

Lisa proposes we look to our Founding Fathers and Abraham Lincoln to understand that diversity of political perspectives in America is one of our country’s core strengths. Lisa’s books, No One Was Listening and Yes You Can Talk Politics, offer inspiration and support for anyone interested in learning her process for civil, respectful conversation  and the scientifically-based skills that support it.

You can learn more about Lisa at www.LisaKSwallow.com.

Co-founder and Chairman of the Board

“We have lost the emphasis on humanity in our national discourse. Through Crossing Party Lines, we get back to the basics of listening to understand the humanity behind all of our perspectives. We provide a window into the truth behind our politics, our people, our relationships, and our country. Once we start truly understanding one another, the potential for what we can accomplish collectively is limitless.”

Kareem is the Co-founder and Chairman of the Board of Crossing Party Lines. He also leads Crossing Party Lines at the grassroots level by facilitating conversations in his hometown of New York City. Kareem believes the secret sauce for creating a world of love comes from the building blocks we use to create rich and meaningful personal relationships. “Persistent open dialogue that allows for disagreements gives us all an opportunity to grow together.”

A senior manager for Deloitte Consulting, Kareem leads large scale transformation efforts in the federal government’s civilian sector and has delivered 15+ projects resulting in lasting change, improving organizational culture while furthering mission objectives. Kareem serves on a highly-selective Managers Advisory Council to the Deloitte CEO. He is published in “Deloitte Insights” on how to leverage industry leading methods, including building cross-functional teams to transform large programs and companies for the better.

Kareem is a graduate of Pennsylvania State University with degrees of a B.S. in Information Science and Technology and a B.A. in Philosophy. He is committed to continuous learning, and a member of the Bleeker and IVY professional networks.

“I fundamentally believe that if we give ourselves enough time to listen to each other and just for a moment open our hearts and understand where the other is coming from, America would be a much more peaceful and joyful place to live.”

At the root of Jessica’s work is her interest in empowering people and organizations to creatively solve complex problems that will impact society in meaningful ways. Her professional and volunteer positions reflect her passion for being a change agent for the public good.

After a 10-year career in management consulting, she was recently presented with an opportunity to serve in a role that exists at the intersection of four things that deeply matter to her – her faith; diversity, equity, and inclusion; wholistic healthcare; and socially responsible business strategy – joining the AdventHealth team as Vice President and Chief Diversity & Inclusion Officer. In this role, she is responsible for leading the execution of the healthcare system’s diversity strategy and providing executive oversight of new and ongoing initiatives that build a more inclusive culture and embrace a widely diverse workforce.

Jessica’s professional experiences span various sectors, including Deloitte Consulting’s Government & Public Services Practice, where she helped leaders of major federal agencies such as the U.S. Department of Homeland Security (DHS) and U.S. Department of Agriculture (USDA) navigate bureaucratic barriers through strategic communications, learning, and change management techniques, and the Pittsburgh Board of Education, where she coordinated workforce acquisition and engagement efforts for the Bill and Melinda Gates Foundation’s “Empowering Effective Teachers” urban education reform initiative. She has also worked with the Corporation for Public Broadcasting, CBS Network, CARE USA, and various radio stations and newspapers. Jessica earned  B.A. degrees in Communications and English from Oakwood University, and M.S. in Public Policy and Management from Carnegie Mellon University.

Jessica’s work at Crossing Party Lines and beyond is founded on an “intellectual curiosity to understand our diverse world” and “empathy to widen her circle of compassion.”

“What resonates most for me is the pursuit of truth. Party politics is a team sport, which is effective for winning elections, but a lousy way to grow as a human being.”

Mark is a father, husband, and government affairs professional who helps organizations navigate the political and regulatory landscape. Though tempted by the drama of electoral politics, his true passion is public policy.

Mark believes people should engage in thoughtful discussion about difficult issues, rather than avoid them. He believes in the value of intellectual openness and understanding others’ viewpoints though education, discourse, and life experience. Having had success igniting debate around the office water cooler, Mark was inspired to broaden his purpose, leading him to join forces with Crossing Party Lines.

Originally from Phoenix, Mark now resides in Chicago’s western suburbs where he spends time with his family. When not working or travelling to DC and various state capitals, Mark enjoys being a dad, working on cars, playing guitar in a band, reading, and having long conversations. Mark holds a Bachelor’s degree in Public Policy and Political Science from DePaul University.

“At the end of the day most people want the same thing. We want to be happy. We want a fair shot at pursuing our dreams. We want an equitable system that works for us rather than against us. I think Crossing Party Lines does a fantastic job of providing a safe space where people can realize these common tenets.”

Ashley is the Director of Development for Evidence Action, a global health NGO that scales innovative, cost-effective development initiatives to improve the lives of millions of people who in live in poverty. . For more than 10 years she has leveraged her passion for connecting donors to the causes they care about into fundraising in nonprofit and public sectors, including the United Nations Foundation, the American Red Cross, and several political campaigns.

Ashley holds an M.A. degree in International Affairs from Columbia University and a B.A.s. in Psychology and Business from Penn State University. She is a resident of the metropolitan Washington D.C. area. In her spare time, she enjoys traveling, exercising, baking fine pastries, and playing with her lovable German Shepherd, Phoenix.

Given the current divisive political climate in America, Ashley believes it has never been more pertinent—for the spirit of a healthy democracy—to sit down and have healthy debate regardless of one’s political orientation. While she considers herself a conservative, she believes mostly in “the party of common sense” and often champions causes outside of traditional ideological ties.